What is “Mainstream Healthcare” Now?

According to a recent survey conducted for and published in “American Demographics” January 2001 issue by the research firm Taylor Nelson Sofres Intersearch, 70% of Americans have tried or are currently using what the study called, “alternative medicine”.  These types of numbers beg us to ask some questions. 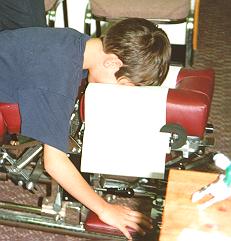 According to the survey, 44% of the general public utilizes some form of “faith healing” or prayer.  This was the most popular approach as found by the study.  According to the study, chiropractic or massage was the second most popular with 33% of the population using these.  These numbers verify previous studies done by other researchers also showing the large increase in utilization of chiropractic services over the past decade.

The study goes on to point out that women are more receptive than men to using the  “alternatives” as named by the study.  There were also some large regional differences noted in the survey.  Americans from the Western US were 16% more likely to visit a chiropractor than was the rest of the country.  Southerners were more likely to practice faith healing than the rest of the nation, and Midwesterners were the least likely to use any of the alternatives named in the survey.

The type of illness that a person suffers also has an effect on what type of care they will seek.  The survey showed that when asked a hypothetical question, people who said if they were diagnosed with a medically easily treatable disease would be less likely to try an “alternative”.  On the other hand those people said that if they were diagnosed with a complex, potentially fatal illness, they would overwhelmingly inquire about alternative care.  In this scenario almost double, or 60% of those surveyed said they would seek alternatives when faced with such a serious health concern.  On the other hand only 11% said they would seek out alternative care if they felt they were in overall good health.

Age also played a role in the determination of usage of alternatives.  The age group from 35 to 54 was constantly more likely to use alternatives than the age group 18 to 34.  With each of the alternatives named in the survey differences ranged from 5% to over 10% more for the older groups.  With these types of ever increasing usages it is probably time that we stop referring to these as alternatives and start calling them other forms of main stream health care.

From the January 16 2001 PRnewswire is a story that reveals some startling numbers.  According to a survey conducted for the American Society of Health-System Pharmacists (ASHP), 51% of American adults take two or more medications per day, which include over-the-counter drugs. 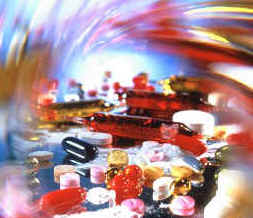 These figures show that an alarming rate of the adult population in the United States uses drugs of some kind.  As expected the elderly have the highest rate of medication usage with 79% of those over 65 reported to be taking at least one medication daily.  Americans who are over 65 and take medications take an average of 4 medications per day per person.

One of the concerns expressed by the ASHP president, Mick L. Hunt, M.S., was that medications could have bad interactions when mixed.  Hunt said, “We want all patients to be aware of the potential for drug interactions that occur when mixing all of these remedies, especially when taking multiple medications each day.”

Since 1998 the American Chiropractic Association has been involved in a lawsuit against the US Department of Health and Human Services, (HHS) claiming that Medicare was illegally denying chiropractic services to recipients in Medicare HMOs.

Both Reuters Health and PRNewswire of January 25th 2001 reported on this case.  According to these reports the chiropractic group has just cleared a major hurdle when a federal court rejected a request from HHS to dismiss the lawsuit.

Two new studies show more evidence of the importance of breast-feeding for both infants and the mother.  According to a report from the Associated Press on January 30, 2001, women who breast-fed their babies for two years or longer reduced their risk of breast cancer by 50%.  The study by Yale University following rural women in China, found that the benefits to the mother are long lasting and can reduce cancer risk before and after menopause.

In the US less than 1/3 of women continue breast-feeding for six months after the birth of their infant.  Only small portions of women in the US breast-feed their babies until 2 years old.  However, in China, as in other developing areas, breast-feeding for longer periods of time is normal.

One of the two possible reasons given by the researchers was that breast-feeding reduces exposure to estrogen and the regular female hormone cycles.  The other possible reason given by the researchers is that fat-soluble cancer causing agents and other pollutants are not stored in the tissues of women’s breasts as easily when they are breast-feeding.

The American Academy of Pediatrics recommends breast-feeding for babies at least up to the first year of life.  UNICEF and the World Health Organization go even farther and recommend that babies be breast-fed with the addition of other foods until at least the age of two.

An article published in the January 2001 issue of the Journal of Manipulative and Physiological Therapeutics follows two case studies of patients with various types of serious cancer.  The article follows the chiropractic care and it’s effect on these patients pain and quality of life. 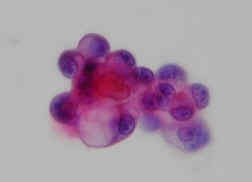 The first patient was a 57-year-old man with serious terminal pancreatic cancer.  This patient received chiropractic care during the later stages of the disease.  In the remaining time the patient had before succumbing to the disease it was documented that the patient had significantly less pain and was able to reduce his medications.  The journal article summed up this case by stating, “In this case chiropractic care was able to provide significant pain relief, reduce the amount of pain medication being taken (as well as the potential side effects), and temporarily improve the quality of life for a patient with terminal cancer."

The second patient was a 54-year-old man recovering from surgery for lung cancer.  This patient was continually suffering from upper back pain and had gotten no relief for over one year.  At that point the patient began chiropractic care.  In this case the patient received immediate relief and was able to discontinue all pain medication after two chiropractic visits.

The principles of chiropractic make it plain that the focus of chiropractic care is not to directly treat the patient’s pain but rather to assist the body and allow the body’s own healing abilities to work at that person’s maximum potential.  These case studies show that ability and the effect on people suffering with serious conditions.  The Journal article states it best when it said, “These clinical examples offer 2 specific instances of how chiropractic may improve the quality of a cancer patient’s life.”

The January 27, 2001 British Medical Journal published the results of a new study that showed that exercise during pregnancy may increase birth weight.  The study done at Case Western Reserve University in Cleveland, Ohio, followed 46 women who were not exercising by their eighth week of pregnancy. 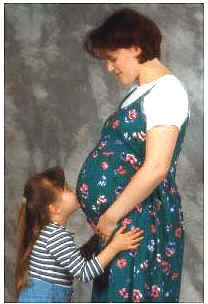 These women were divided into two groups.  One group was placed on a mild exercise regime while the other was not.  The results showed that women who exercised gave birth to babies who were significantly heavier and longer than those babies born to women who did not exercise.

In a related article also in the British Medical Journal, was the results of another study that showed that larger babies are smarter and develop into children who perform better in school than smaller babies.  The study considered a birth weight of 5.5 pounds to be normal.  The lead author of the study, Dr. Marcus Richard of Britain’s Medical Research Council states, “It seems clear that birth weight has an influence on cognitive function.”  He did go on to state, “Birth weight is only one of the numerous factors that influence cognitive function.”

On February 7, 2001 the US Census Bureau released figures that show just how expensive treating sickness in the US really is.  According to a Census Bureau report, health care industry revenues hit $1.01 trillion in 1999, up 4.3 percent from the previous year. 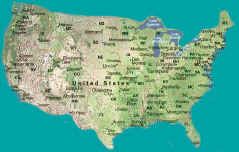 According to the report hospitals received $413 billion, while physicians' offices got $202 billion.

According to the July 26th 2000 online issue of the  Journal of the American Medical Association (JAMA), and in the Aug. 28, 2000 issue of the American Medical News, the United States spends 13.7% of its gross domestic product on medical care. The amount of money listed above would make you think that we should have the best health care system, and the healthiest nation in the world.  However, according to the recently released report from the World Health Organization, the US ranked 37th in overall health system performance on the WHO list of 191 member nations.

In 1999 Chiropractic offices nationwide received $8.3 billion  which represents a 5.1 percent increase over the previous year.  When you do the math,  Chiropractors are a very small financial part of the total health care costs compared to the medical expenses.  Even though estimates say that chiropractors see from between 11 and 17% of the population in the US, the amount of money spent on chiropractic represents only  0.75% (less than one percent) of the total health care costs.

Please forward this newsletter on to others.  They need to know also!