An article from the Associated Press dated July 6, 2000 had a headline that read, "U.S. Hospitals Embrace Alternative Care."

This article reports on several big name hospitals now offering what they referred to as alternative care including chiropractic.  Beth Israel Medical Center, a large New York teaching hospital, opened a facility where MDs work with Chiropractors and other alternative health practitioners.

In some cases the decision to add "alternative care" is based on a financial incentive.  Hospital administrators are finding it harder to ignore a trend lead by millions of Americans.  The article states that according to a recent study published in the Journal of the American Medical Association, about 83 million Americans are spending some $27 billion a year on alternative care.

Although chiropractic is being referred to less as an alternative and more as a mainstream choice in health care, it is the largest health care profession that is not part of the medical regime.

According to a survey of about 1,000 hospitals by the consulting firm Deloitte and Touche, about 13 percent of U.S. hospitals provide alternative therapies.  These figures rise to 25 percent for inner city hospitals and 32 percent for hospitals with at least 500 beds.  Dr. Matthew Fink, a neurologist who is president and chief executive of Beth Israel Medical Center sums it up by saying, "It would be silly for doctors and hospitals to ignore something that will be a large part of health care for years to come."  Dr. Woodson Merrell, executive director of the Beth Israel Center for Health and Healing  who is a physician and an acupuncturist states, "We are giving patients what they want."

In a July 11, 2000 Associated Press article printed on Intelihealth.com, comes a chilling article about new drug studies being started on children. 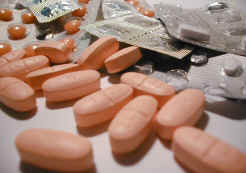 The article shows both a disturbing ongoing problem, and a possibly more chilling attempt at a solution.  The article starts off by saying, "It is the dirty little secret of pediatrics: Unknown to most parents, the majority of drugs prescribed for children have never been tested in youngsters to determine how well they work or even the best dose."

What this means is that most all of the drugs used today on children were developed and tested on adults.  This leaves pediatricians to guess on the use and amount of the medication for children.  "It is important to remember that children are not just little adults. They often handle drugs differently," says pediatrician Dr. Ellen Chadwick.

The scary part is that now, large numbers of clinical trials are now starting, and being planned on children.  Literally thousands of children will be used as guinea pigs for drug testing.  To entice parents to submit their children for these tests some researchers are offering gift certificates to Toys R Us to reward the kids for being part of the testing. Even worse, about one-fourth pay families. Typical payments can range from $200 to $400, but parents have been offered as much as $1,000 to sign up their kids.

Even the drug manufacturers now get enticements from the U.S. government to test drugs on children.  Two years ago the U.S. Congress granted manufacturers an extra six months of patent protection if they voluntarily test products used by pediatricians.  This extra six months means millions of extra dollars in income for the drug companies.  As a result, clinical trials of medications in children are suddenly booming, and the U.S. Food and Drug Administration expects more than 18,000 youngsters to participate in the next few years.

The British Department of Health, in conjunction with the Foundation for Integrated Medicine, the

Included in the "Complementary Medicine" document are, chiropractic, acupuncture, osteopathy, homeopathy, aromatherapy, and hypnosis.  Currently in the United Kingdom it is estimated that 11 percent of the population uses at least one of the above health care disciplines. This falls far below estimates in the U.S. where over 40% of the public use these, with between 12 and 17% specifically utilizing chiropractic care.

Specific to chiropractic, this document only deals with chiropractic for acute lower back pain.  The section on chiropractic was produced by the Royal College of General Practitioners.  Even though you would think a group such as this might not be favorable to chiropractic, the recommendations were surprisingly positive.  Disregarding the improper use of the term "manipulation" instead of "adjustment", the findings were, as follows,

The document has a section on making referrals with and working with  providers of Complementary Medicine.  In it they suggest the safety of working with them by saying,  "To date, no claims or cases have been sustained against doctors who have delegated care to complementary practitioners."

The "Got Milk" ad campaign is under attack by a group of doctors from the Physicians Committee for Responsible Medicine, (PCRM). 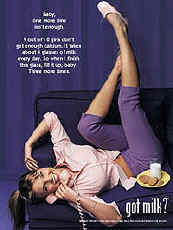 The group has filed a petition with the U.S. Federal Trade Commission, (FTC) questioning whether milk is as good for people as the ads suggest.

The PCRM has given information to the FTC describing why the National Fluid Milk Processor Promotion Board, the dairy industry, and the advertising agency which developed the ad campaign should all be held accountable for  false and misleading and, in some cases, fraudulent health and nutritional claims made in the Milk Mustache ads.

The ads in question feature a variety of celebrities, including singers Britney Spears, Marc Anthony, The Dixie Chicks, actor Jackie Chan, athletes Mark McGwire, Venus and Serena Williams, and other celebrity spokespersons.  In commenting on the Britney Spears ads Neal D. Barnard, president of the PCRM said, "the Britney ad might as well be captioned, Oops, I did it again, sold out for an unhealthy product."

According to the PCRM, "The truth is that cows milk consumption does not prevent osteoporosis. In fact, the U.S. has one of the highest rates of osteoporosis in the world, as well as one of the highest dairy intakes."  They go on to explain, "People who consume an animal-protein-based diet tend to lose calcium from their bones surprisingly fast, due to the tendency of animal protein to leech calcium from the bones. Sodium has a similar effect, as do smoking and a lack of exercise."

A story from the July 18, 2000 /PRNewswire warns consumers of the dangers of carrying backpacks too heavily loaded.

The article reports on several studies, "A recent survey by Lands End Direct Merchants found that more than 96 percent of children ages 8 to 12 will carry a backpack to school this year. Of those, nearly one-third will carry their backpack improperly. Similarly, a recent study conducted in Italy found that the average child carries a backpack that would be the equivalent of a 39-pound backpack for a 176-pound man, or a 29-pound backpack for a 132-pound woman."

The American Chiropractic Association has offered some tips on proper carrying of backpacks by children.

If children are to carry backpacks common sense caution should be used.  New models now also come with wheels and handles allowing the backpack to be pulled like rolling luggage when it is too heavy.

Breast Feeding is Best for Infants

A feature article from drkoop.com covers the benefits of breast feeding babies.  The article by Carole A. Stashwick, M.D. covers a variety of reasons why breast feeding is far superior to bottle feeding a baby when possible.

Some of the reasons according to the article are:

American Academy of Pediatrics recommends that, whenever possible, babies be breast-fed for at least the first 12 months of life.

Water, Water, Everywhere, and Much More Than a Drop We Should Drink.

From the website accenthealth.com comes a feature article by By Rosalee Sanchez on the benefits of water.  We all know that water is an absolute requirement for life, but few of us realize just how important water really is. 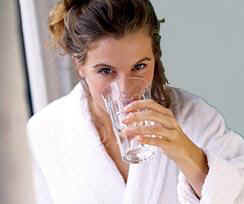 Here are some facts and information about water from the article.

Because of the importance water plays in our health.  The article had several recommendations.  First the old concept of eight glasses of water may not be enough. You may need to consume 10 to 12 eight-ounce glasses of fluid a day, depending on how much water your body loses daily.  Not drinking enough water can result in mild dehydration.  This is a situation that many believe exists in almost 60% of the population.  Mild dehydration can lead to diminished physical and mental performance, reduced salivary gland function, childhood obesity and increased risk of kidney stones and mitral valve prolapse in susceptible people, as well as increased risk of urinary tract cancers, colon cancer and breast cancer.

A study published in the Journal of  Clinical Oncology,

July 18, 2000 shows that Ontario women diagnosed with breast cancer in 1994 or 1995 elected to use some form of what the study termed, "Complementary/Alternative Medicine" including chiropractic.  The study conducted at the Centre for Studies in Family Medicine, Faculty of Medicine and Dentistry, University of Western Ontario, randomly surveyed women from Ontario diagnosed with breast cancer.

Overall, 66.7% of the respondents reported using some form of Alternative Medicine most often in an attempt to boost the immune system.  The most common form of what the study classified as alternative medicine was chiropractic. In addition, 62.0% reported use of home alternative products, most frequently vitamins/minerals, herbal medicines, green tea, special foods, and essiac. Interestingly though was that slightly less than half of the patients using these procedures informed their medical doctors.

In the American Journal of Preventive Medicine, August 2000 issue is a report of a new study by Steven Woolf, M.D., M.P.H., and Robert Johnson, Ph.D., of Virginia Commonwealth University.  The report says that articles dealing with prevention only account for a minor portion of articles published in two prominent medical journals.

The two journals studied were the The Journal of the American Medical Association (JAMA) and The New England Journal of Medicine (NEJM).  The authors of the report, Woolf and Johnson discovered that 9 percent of the articles looked at prevention and screening, while 2 percent focused on healthy lifestyles.  The explanation according to Woolf, one of the authors for why such a small portion of the journals is devoted to preventive medicine is that "only a small proportion of grants from the National Institutes of Health are awarded to preventive research."

Let us know what you think of our e-newsletter.  Because we use a different email address to mail these, please reply by using the email address we have listed at the top of this newsletter.