The Week of September 18th has been declared "Subluxation Awareness Week".  In a recent proclamation by the International

Chiropractors Association, the week of September 18th was chosen to commemorate the anniversary of the first chiropractic adjustment on September 18, 1895. The proclamation reads:

The officers and members of the International Chiropractors Association (ICA) understand the devastating effects of vertebral subluxation on health and well-being. The officers and members of the ICA further understand the advantages and benefits of a life free of subluxation. These advantages include maximum potential in health, performance, human potential and social well-being. For these reasons, and to enlighten the world to these vital health principles, the International Chiropractors Association hereby declares the week of September 18th, the anniversary of the birth of chiropractic, to be further known as, “SUBLUXATION AWARENESS WEEK”

Several recent stories reported  that the Bayer Corp. has voluntarily removed a popular cholesterol drug, Baycol, off the market after it has been linked to as many as 40 deaths.    One such article appearing on the August 8, 2001 MSNBC website said that the drug was taken by 700,000 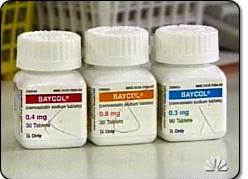 Americans, and was pulled off the market because of muscle destruction linked to at least 40 deaths around the world.

According to a similar story in the August 9, 2001 New York Times Health section, the United States Food and Drug Administration "agrees with and supports this decision," the agency said. It said pharmacists would be instructed to return the drug to Bayer for refunds. The F.D.A. approved Baycol for use in the United States in 1997.  It should be noted that no where in the reports does it say that the FDA has removed its approval for Baycol.

Baycol was in a class of drugs called "Statins".  "All statins have been linked to muscle cell damage in rare cases, but the problem is much more common with Baycol than with other such drugs," said Dr. John Jenkins, the director of the office of drug evaluation at the F.D.A.  The Times article states, "From the beginning, medical experts said, statins were known to cause the muscle problem, rhabdomyolysis, which can lead to kidney failure and other problems. But it occurred very rarely and was almost never fatal."  With Baycol, however, reports of serious rhabdomyolysis were about 10 times as frequent as with the other statins, Dr. Jenkins said.

Lawsuits have begun to appear following the drug being removed from the market. According to the website DrKoop.com, a Tallahassee, Florida woman has sued Bayer Corp., claiming its recently recalled cholesterol drug, Baycol, caused her to suffer muscle degeneration and chronic fatigue.  Separately the Chicago-based law firm of Kenneth B. Moll & Associates said it plans to file a class action lawsuit against Bayer in Cook County, Illinois, on behalf of all patients who were prescribed Baycol.  The law firm, which estimates that about 6 million people worldwide have taken the drug, said the suit will seek among other things the establishment of a medical monitoring fund "to enable people that have taken Baycol to monitor the existence of dangerous side effects."

According to a story in Reuters Health on Friday Aug 31, 2001, a small increase in pay can have a very beneficial effect on your health. 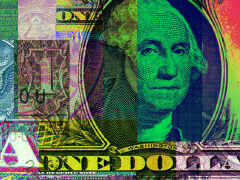 Researchers at the University of California, San Francisco, assessed the health benefits that San Francisco city contract workers would gain if a proposed wage increase went into effect.  Currently, these workers make an average of $8.66 per hour, which would be increased to $11.00 per hour.

The lead researcher, Bhatia and his colleague Dr. Mitchell Katz estimated how the wage hike would affect the health of the worker and his or her family.  Bhatia explained, "This is an applied epidemiological study looking at what is known about income and health--that people who earn more money tend to have better health outcomes--and apply the findings to public policy."

The results of the researchers reports were published in the September issue of the American Public Health Association's, American  Journal of Public Health.  In that report the results showed that an increase in salary would result in the following.

"Our analysis demonstrates that a modest gain in income resulting from a living wage would be associated with substantial health benefits," Bhatia and Katz report.

From an August 1, 2001 MSNBC article come news that scrubbing your hands too often with antibacterial soap may actually have the opposite effect and make you and others more susceptible to disease. 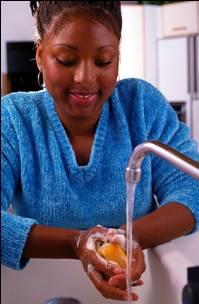 Doctors at the summer scientific meeting of the American Academy of Dermatology said that, "When overused, the relatively harsh detergent action of antibacterial soaps leaves you vulnerable to open sores that can attract bacteria, resulting in skin problems such as eczema."

Dr. Marianne O’Donoghue, associate professor of dermatology at Rush-Presbyterian St. Luke’s Medical Center in Chicago in referring to over washing with antibacterial soap said,  "This begins a vicious cycle, whereby a person who develops hand eczema or another form of dermatitis touches a surface, leaving microscopic germs behind. Another person comes along, touches that surface and he too can be infected with the bacteria."

Dr. William Baugh, chief of dermatology at the Beaufort Naval Hospital in Beaufort, S.C., agreed. “I’ve seen patients who have developed hand eczema from these [antibacterial] products,” he said. “It certainly can occur [and spread].” Baugh went on to say, “When I ask patients [with eczema] how often they wash their hands, they say 20 to 25 times a day.  They think they are being good citizens by washing frequently. But you can over do a good thing.”

Presently it is estimated from a recent survey that nearly half of 1,100 liquid and solid soaps contain antibacterial agents.  From a dermatologist’s point of view, antibacterials are among the most worrisome products contributing to skin problems, O’Donoghue said. She continued,  “They literally strip away fatty acids, moisture and amino acid from the skin.”  Baugh added, "Overuse of antibacterials is worse than frequent use of other soaps as chemicals in the detergents strip away the naturally protective fats and oils on the skin."

September 18th, is the anniversary of the first chiropractic adjustment and the birth of the chiropractic profession.  DD Palmer gave the first adjustment to Harvey Lillard in 1895 in Davenport Iowa along side the Mississippi River.   DD Palmer was himself a colorful figure.  During his lifetime, Palmer would be a school teacher, 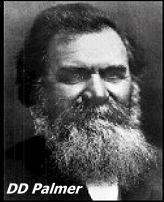 a farmer--developing a new variety of raspberry, which he called "Sweet Home"--a grocer and eventually practicing as a "Magnetic Healer" in Davenport for a number of years prior to founding chiropractic.

Magnetic healing had nothing to do with magnets. Rather it was a cross between massage and meridian therapies--which is based upon the concepts of acupuncture and Chinese medicine. Magnetic healing rose up as an alternative to main stream medicine at the end of the Civil War. In 1895 it was still common for medical doctors to use blood letting as a method for curing disease.

DD Palmer was practicing magnetic healing when the first chiropractic patient Harvey Lillard entered his office.  Palmers own accounts of that historic event are as follows.  "Harvey Lillard a janitor in the Ryan Block, where I had my office, had been so deaf for 17 years that he could not hear the racket of a wagon on the street or the ticking of a watch. I made inquiry as to the cause of his deafness and was informed that when he was exerting himself in a cramped, stooping position, he felt something give way in his back and immediately became deaf. An examination showed a vertebrae racked from its normal position. I reasoned that if the vertebra was replaced, the man's hearing should be restored. With this object in view, a half-hour's talk persuaded Mr. Lillard to allow me to replace it. I racked it into position by using the spinous process as a lever and soon the man could hear as before. There was nothing "accidental" about this, as it was accomplished with an object in view, and the result expected was obtained. There was nothing "crude" about this adjustment; it was specific, so much so that no Chiropractor has equaled it."

For more history on the first chiropractic adjustment please visit the link http://www.subluxaware.com/history2.htm.

A study by Harvard Medical School, published in the August 21, 2001 issue of the Annals of Internal Medicine, examined trends in the use of 20 different CAMs (Complementary and Alternative Medicine), covering everything from acupuncture to yoga, among representative groups across the U.S.  The study continued to show that the use of what the study termed "CAM" has continued to rise. The study was done by a nationally representative telephone survey of 2055 people.

The term CAM is a medically created term that may itself not be very representative as most of the procedures included in the list are neither complimentary or alternatives to medicine.  In fact many such as chiropractic are completely separate primary health care professions that are not even considered alternative in many references.

The conclusion of the Harvard study as published in the Annals of Internal Medicine, was that the "Use of CAM therapies by a large proportion of the study sample is the result of a secular trend that began at least a half century ago. This trend suggests a continuing demand for CAM therapies that will affect health care delivery for the foreseeable future."

We all know someone who could benefit from knowing about chiropractic.  We ask you to please forward this email newsletter onto everyone you feel could benefit from it.  Please let us know when you forward this copy and also what you think of this issue by sending us an email at the address we have listed above.   Do not hit the reply button as we mail these using a different mailing address.  If you feel you have received this newsletter in error please email us and let us know.  Thank you.