Recently Doctors of Chiropractic have stepped up the fight for their patient rights.  In several different US states the issues have made it to the courtrooms.  In one such action in the state of Washington, the Washington State Chiropractic Association (WSCA), recently filed a formal complaint with the Office of the Insurance Commissioner (OIC) against Regence/Blue Shield. 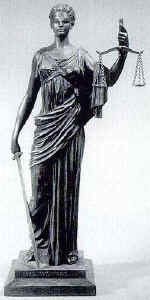 The complaint, filed April 10th, 2001 seeks relief for actions and contemplated actions by Regence/Blue Shield against chiropractors and other complementary and alternative care professionals.  The purpose of the lawsuit is to get Regence/Blue Shield to abide by the "Patient Bill of Rights" state law that allows patients to see their chiropractors without a prior physician referral, and requires disclosure of utilization management guidelines for healthcare providers, including chiropractic and alternative providers.  ``The WSCA wants nothing more than for Regence to accept and follow state insurance laws without resorting to tactics that will blunt the effect and purpose of these laws,'' stated John Peick, attorney for the WSCA.

In another action ten Alabama chiropractors have filed suit against Blue Cross and Blue Shield (BC/BS) of Alabama for discriminating against chiropractors.  The suit alleges two antitrust violations of the Sherman Act: restraint of trade or commerce in an agreement with HealthSouth Corp., and monopolizing or attempting to monopolize health care reimbursement services in Alabama.  Along with other issues the suit also alleges that BC/BS has engaged in establishing severely restrictive benefit limits for chiropractic services that are arbitrary and without reasonable justification and reimbursing chiropractors at a much lower rate than the reimbursements paid to other providers for comparable services.

In still another legal battle the New York State Chiropractic Association, in conjunction with several individual doctors of chiropractic and chiropractic patients, has filed suit against seven of the largest health plans and managed care networks in New York state.  The suit alleges the insurance industry's apparent failure to comply with the requirements set down in the New York Chiropractic Insurance Equality Law, a law designed to protect patient's rights.  The suit charges the plans with fee discrimination; unreasonable fee and benefit limits; improper restrictions on the scope of chiropractic practice and the services chiropractors provide to health plan beneficiaries; as well as other practices that discriminate against chiropractic patients and their doctors.

Recently more of these types of actions are being taken on behalf of chiropractic patients. The goal of all of these is always to allow patients the right to choose chiropractic care with out having any additional hardships or discrimination. As more people are going to chiropractors and demanding that these services be available, more of these types of actions will be brought up to protect and ensure the patient's rights.

Children Victims of Too Many Medical Errors

In a report from the April 25, 2001 Journal of the American Medical Association (JAMA) and reported on the WebMD web site, comes an alarming report of research on the high incidence of medical errors effecting hospitalized children.  According to the study researchers looked at 1,120 children admitted to two teaching hospitals during the spring of 1999. 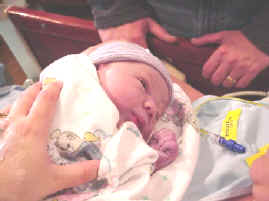 They reviewed almost 11,000 orders for medications and found 616 errors which translates into a 6% error rate.

According to the study most of these errors were relatively small resulting from clerical problems.  However, alarmingly 115 of them could have potentially lead to harm, and 26 actually did lead to harm to the children. In as much as previous studies have shown an alarmingly high rate for medical errors overall, this recent study shows that the number of potential problems was three times higher in children as compared to a previous study of medical errors in adults.

Study author Rainu Kaushal, MD, an instructor at Harvard Medical School, says, "Children pose unique challenges. Unlike adults, almost all pediatric drug doses must be specially calculated. Pharmacists often have to dilute stock solutions to make them suitable for children. When a error occurs, very small, very sick children may not have the internal buffers needed to deal with even a small dosing error."

Leon Wyszewianski, PhD, an associate professor of health management and policy at the University of Michigan School of Public Health commented on a solution, "Lowering the error rate is not just a matter of getting physicians to change their ways. We have to change the systems that surround them. We have to hold administrators and managers accountable for solving problems like this."

Both the International Chiropractors Association (ICA) and the American Chiropractic Association (ACA) have declared May to be an official month for good posture.  To announce this event both

organizations have issued press releases stressing the importance of posture and it's relationship to good spinal and nervous system health.

Robert J. Hoffman, DC, FICA, President of the International Chiropractors Association stated that the ICA was, “Setting aside an entire month to focus attention on the importance of a healthy spine and nervous system. This opens up limitless possibilities for informing the public, other professions, third-party payment agencies and government officials of chiropractic’s efficacy and benefits to health.  It is an important opportunity to educate families on the importance of healthy posture and chiropractic’s role in maintaining a healthy spine and nervous system.”  The ICA also offers a web page with a full discussion of good posture and health which can be viewed at: http://www.chiropractic.org/chiroinfo/posture.htm .

"For years, parents have told their children to 'stand up straight' without really knowing why it is so important," said Dr. Jerome McAndrews, spokesperson for the ACA. "While standing up straight seems like an obvious way to correct poor posture, there are so many other activities that make up a child's daily routine that can have an impact on their spinal health. Your doctor of chiropractic can give you tips to help encourage correct posture around the clock."

In an April 19, 2001 issue of the New England Journal of Medicine is a report that concludes that for children younger than three years of age who have persistent otitis media, prompt insertion of tympanostomy tubes does not measurably improve developmental outcomes. 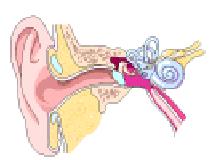 The story, also reported in the April 18, 2001 issue of MSNBC.com also reinforces the problem with this procedure at an early age.

The American Academy of Otolaryngology-Head and Neck Surgery estimates that 700,000 children undergo the procedure each year at an estimated cost of $2,000 each. The tubes have been used since the early 1960s.  The stated purpose that these tubes are inserted in the eardrums is supposedly to help clear the fluid that can build up in a child’s middle ear during an infection and to prevent further infections.

Researchers in Pittsburgh looked at two groups of toddlers: those who got ear tubes after three months of fluid in their ears, the standard guideline, and those who waited up to nine months before tubes were inserted. The children were tested for speech, language, learning and behavior when they turned 3.  The chief researcher, Dr. Jack L. Paradise of Children’s Hospital of Pittsburgh, summed up the results as follows,  “The bottom line was there wasn’t any difference in the developmental outcomes as best we could measure them at age 3.”

Several Chiropractic studies have suggested the benefits of chiropractic care for children with recurrent ear infections.   An article published in the March 1998 edition of Alternative Therapies based on a study  authored by Drs. Fallon and Edelman, concluded, "There is a strong correlation between chiropractic adjustment and the resolution of otitis media for the children in this study".

In the April 9th 2001 issue of Newsweek Magazine comes a story about the increasing problem with pain killer medications.  Presently four million Americans are abusing prescription drugs according to the National Institute on Drug Abuse. 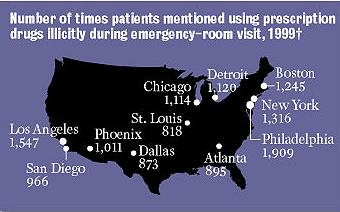 Much of the problem with abuse is directly linked to the usage of pain killers. Overall, while the pharmaceutical market doubled to $145 billion between 1996 and 2000, the painkiller market tripled to $1.8 billion over the same period.

When pharmaceuticals designed to relieve pain, calm stress or bring on sleep, are used for nonmedical reasons they can lead to addiction and damaged health, said Alan I. Leshner, head of the National Institute on Drug Abuse (NIDA).  To combat this problem the NIDA and seven organizations representing the elderly, pharmacies, drug manufacturers and patients are starting a campaign to combat what Leshner called "a dangerous new drug abuse trend'' , the nonmedical use of prescriptions.  NIDA reported that from 1990 to 1998, new users of pain relievers rose by 181 percent; new use of tranquilizers went up 132 percent; people starting taking sedatives went up by 90 percent, and the use of stimulants rose by 165 percent.  It is estimated that about 17 percent of Americans age 60 and older are affected by prescription drug abuse. Leshner said that is because this age group uses about three times more of the drugs than do young people.

High profile cases of pain killer abuse have surfaced in Hollywood with stars such as Melanie Griffith and Matthew Perry each checking into rehab in the last six months and publicly acknowledging their addiction to prescription painkillers. Calvin Anthony, vice president of the National Community Pharmacists Association, estimated that misuse and abuse of medication has more than a $100 billion impact on the nation's health care costs.

In a March 19, 2001 issue of the American Medical News appeared an article that dealt with the changes in MD's practices due to drug companies increased advertising of prescription drugs directly to the consumers.  For decades the drug industry predominantly spent all advertising efforts on getting doctors to prescribe their products. 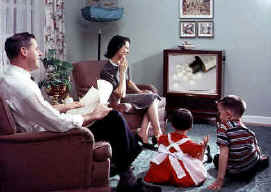 However, as of the last several years the drug companies have spent billions of dollars advertising to consumers in an attempt to get consumers to request certain drugs from doctors.

According to the article, in 1999, pharmaceutical companies spent about $1.8 billion on direct-to-consumer advertising. This represented an increase in spending of more than 1,000% since 1993. This was largely fueled by a boom in television advertising, which increased by more than 4,000% in that period. The numbers represent spending in thousands.

What most people may not be aware of is that drug ads need not receive Food and Drug Administration approval.  However, the Federal Food, Drug, and Cosmetic Act requires that all drug advertisements contain, among other things, brief summary information regarding side effects, contraindications and effectiveness.

Although some tout this new wave of advertising as a good thing, others see it as creating a problem between MDs and their patients.  The article sums up this attitude by stating, "As a result, patients ask physicians about drugs they've seen advertised. Sometimes their questions provoke unpleasant confrontations."